We began our St Lucia day tour from Durban but still had a pick up in Richards bay off the Crystal Serenity cruise ship which is much bigger than I thought! Once I had to group together we began chatting on some of the History of Durban, KwaZulu Natal, South Africa as well as the World heritage site of Isimangeliso Wetland Park aka St Lucia wetland park which we would be visiting.

As we covered the last hour to St Lucia we covered some of the history on the different plantations and import export details in the area which is always very interesting. We arrived in St Lucia at 11 am which meant we could go to the reptile center where breeding of Crocodiles is taking place due to research and the fact that their numbers are decreasing in the area.

Before we could get there though I pulled over to show my clients a really interesting sign board which just shows how serious Hippos can be walking around at night and how one has to be careful in the area. We always need to remember the animals were here before us and we have developed around them and therefore need to respect them and the space they need. 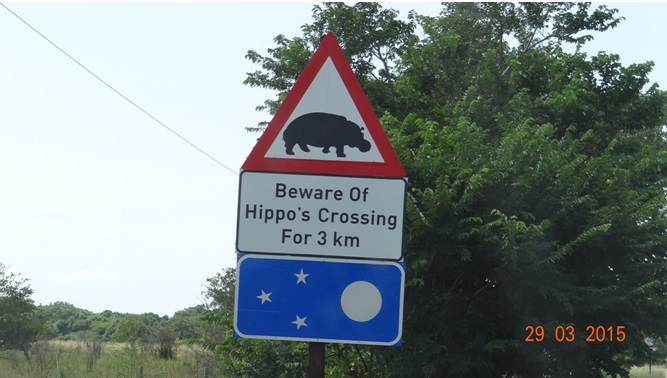 As we entered the museum section of the crocodile center I showed the clients a model of a fish which used to be though to be extinct and in the St Lucia area they were located again. These are the Coelacanths. They were first discovered in 1938 and were though to be extinct by the end of  the Cretaceous period. These fish were found in South African near St Lucia in the year 2000. Which also makes this a special place. 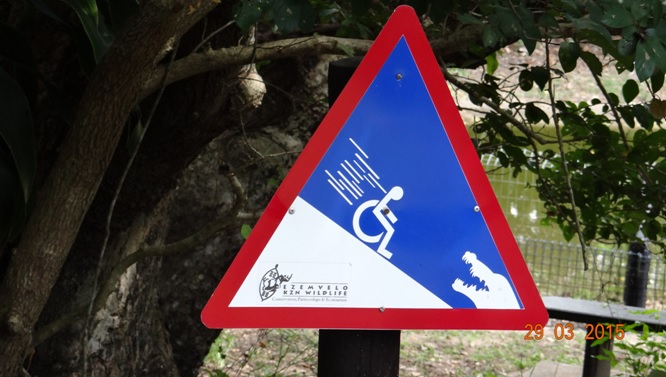 The above sign is a real laugh and is found at the crocodile center, this is always a time I wish I had a granny that was in a wheel chair so that I could take her to see this amazing sign, I’m sure it would be a good giggle for her.

We had actually timed our arrival very well as they were doing a feeding show with the Crocodiles and this meant dead Chickens were being fed to the Crocodiles. The only specie we have in South African is the Nile Crocodile which you can see below with a Chicken in his jaws. Just so you know the crushing power of a Crocodiles jaws are somewhere in the region of 6 tons!

St Lucia day tour; Crocodile with chicken in its mouth St Lucia day tour; Crocodile with chicken in its mouth

Next we moved on to the St Lucia Estuary for the 2 hour boat cruise to look at the amazing Hippos and a Crocodile in the wild. The St Lucia lake system runs north away from the Indian ocean and covers a distance of about 80 kilometers which makes it the largest lake system in Southern Africa. It contains Mangrove swamps, Sand forests, Savanna, Marsh lands and links up to the Indian ocean. It has a thriving community of Hippos and Crocodiles. 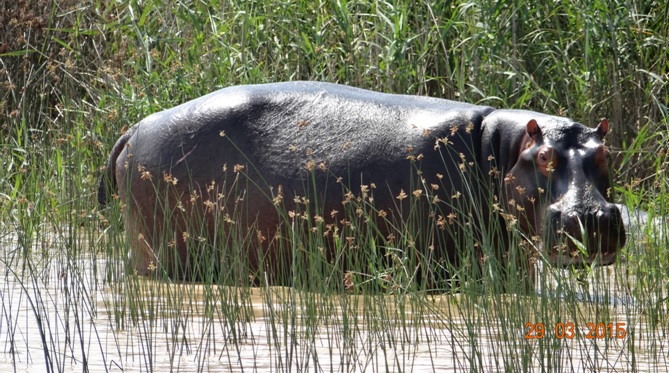 The above picture is one of the many Hippos we saw at St Lucia Estuary and this one was standing near the shore feeding on the reeds. Most of the other were resting under the water only showing us there heads every so often. It is always a guarantee to see the creatures even in the rain but we were lucky to have no rain and a sunny day.

I created a video clip so you too can experience some of what you would if you were on a Durban tour with me to the St Lucia Isimangeliso Wetland Park. 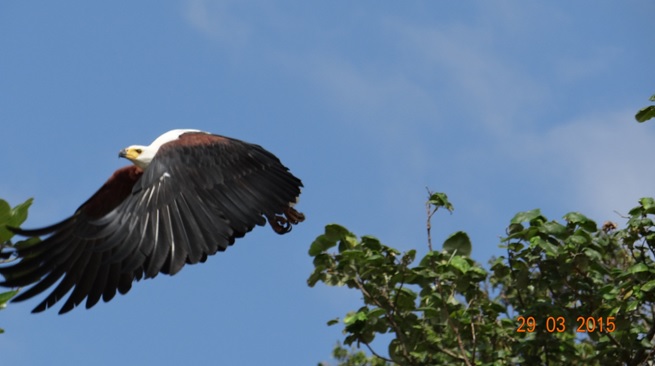 As you can see in the above picture St Lucia wetlands in not only known for it Hippos and Crocodile populations but also its bird life. This African Fish eagle took off from a tree and it nearly flew out of shot of my camera but thankfully I captured it for you to see!

Next we heading into the small town of St Lucia after a small spot of shopping for the local crafts. We went to John Dorys a Seafood restaurant as St Lucia is well know for its Seafood. It was great we all had fish and chips and after this we headed down to the Estuary board walk which goes parallel to the Estuary itself and ends up on the beach by the Indian ocean. Here we spotted Crocodiles and lots of bird life including the White Pelican on in the St Lucia Estuary mouth. It was now time to head back to the Crystal Serenity ship to drop off two of my clients before heading back to Durban to drop off the other.

It had been another great St Lucia day tour from Durban and we all had enjoyed the day.