I met my client in Durban where we began what was to be a day where we would mix up two tours, the Hluhluwe day tour and a visit to the cat rehabilitation center.

We left just before 7am and but 09:30 we were at the cat rehabilitation center where we arranged a private tour around the center before the main group at 10:30. We interacted with the four species of Endangered cats and of course the Cheetah was the best as well as the cubs!

It is always great on a Safari from Durban to interact with these amazing animals. 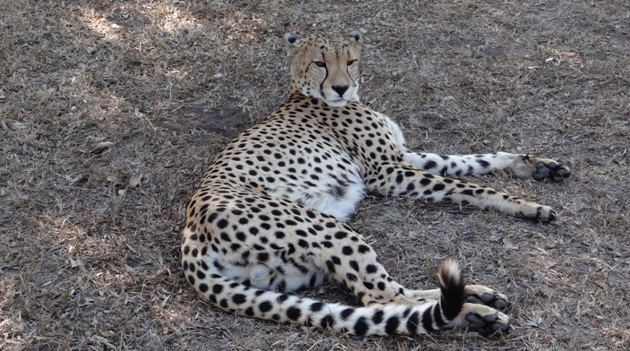 At this time we left and made our way into Hluhluwe Imfolozi game reserve to begin our Durban private safari side of the tour.

We had immediate luck as we spotted Zebra and Warthog before a quiet period. 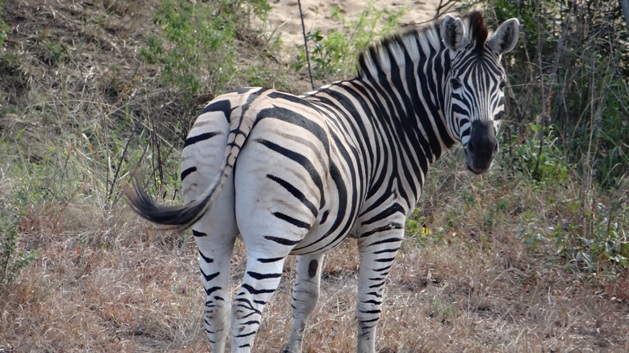 We made our way to the Hluhluwe river in the hope of finding Elephants but we only found Nyala and Buffalo which was also great to see so we had now seen the first of the Big 5. We continued and found some more Nyala and then looked over the Hluhluwe river where we had a different sighting of 2 Egyptian geese fighting probably over a female!

After this we continued and managed to find a herd of Elephants they were slowly making their way towards the road and we managed to get two crossing the road. The others just took way too long so we moved on to see what else we could find on our Durban private safari. 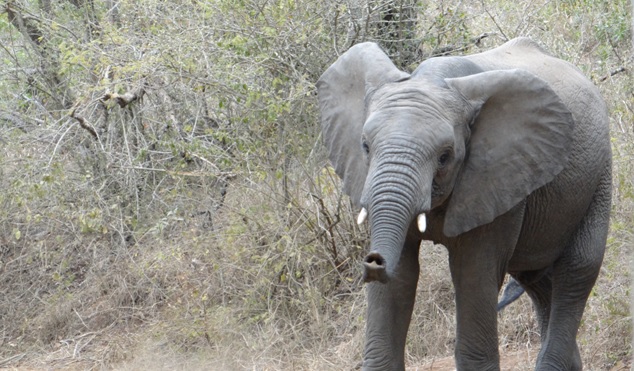 We managed to get this one bull Elephant dust bathing and playing with a tuft of grass which was great to watch.

After this amazing sighting we were very lucky again as I spotted a Rhino and Buffalo together! The only trouble for us was it was so thick that we had to settle for picture of Rhino from a distance as we could not see this ones horns through the long grass. 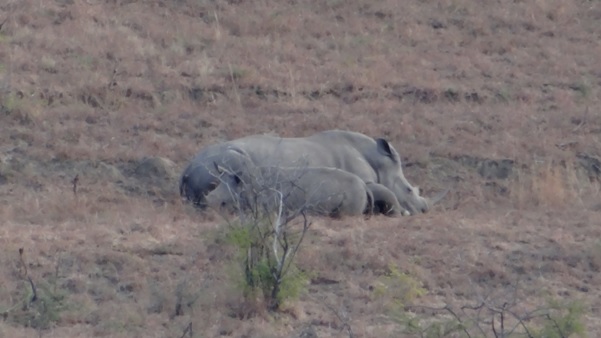 We even then got lucky with a couple of Water buck males crossing the road in front of us before we made our way down South to the Nyalazi gate for a restroom break. Before we could get down to the Nyalazi gate we found a Nile Crocodile resting in one of the river beds which was awesome and then we began to spot lots of Impala and Nyala. Eventually we spotted some Giraffe but they were very far away. Sadly all our sighting of Giraffe until we were heading out of the game reserve of Hluhluwe Imfolozi were from very far away.

We would have to settle for this below picture. 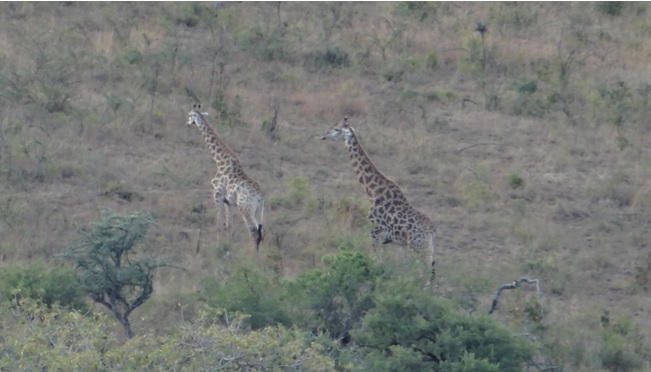 We stopped at the Centenary center for some curio shopping and quickly grabbed some food before we headed off again.

Having seen 3 of the Big 5 during the day we were not unhappy at all but we really wanted to have a better sighting of Rhino! Sadly we did not and had to settle for what we saw. It was 4pm and we departed the Hluhluwe Imfolozi game reserve the oldest game reserve in African back to Durban.

Having mixed up the day we had a great selection of animals and this had been a great day safari from Durban having seen a few interesting things!