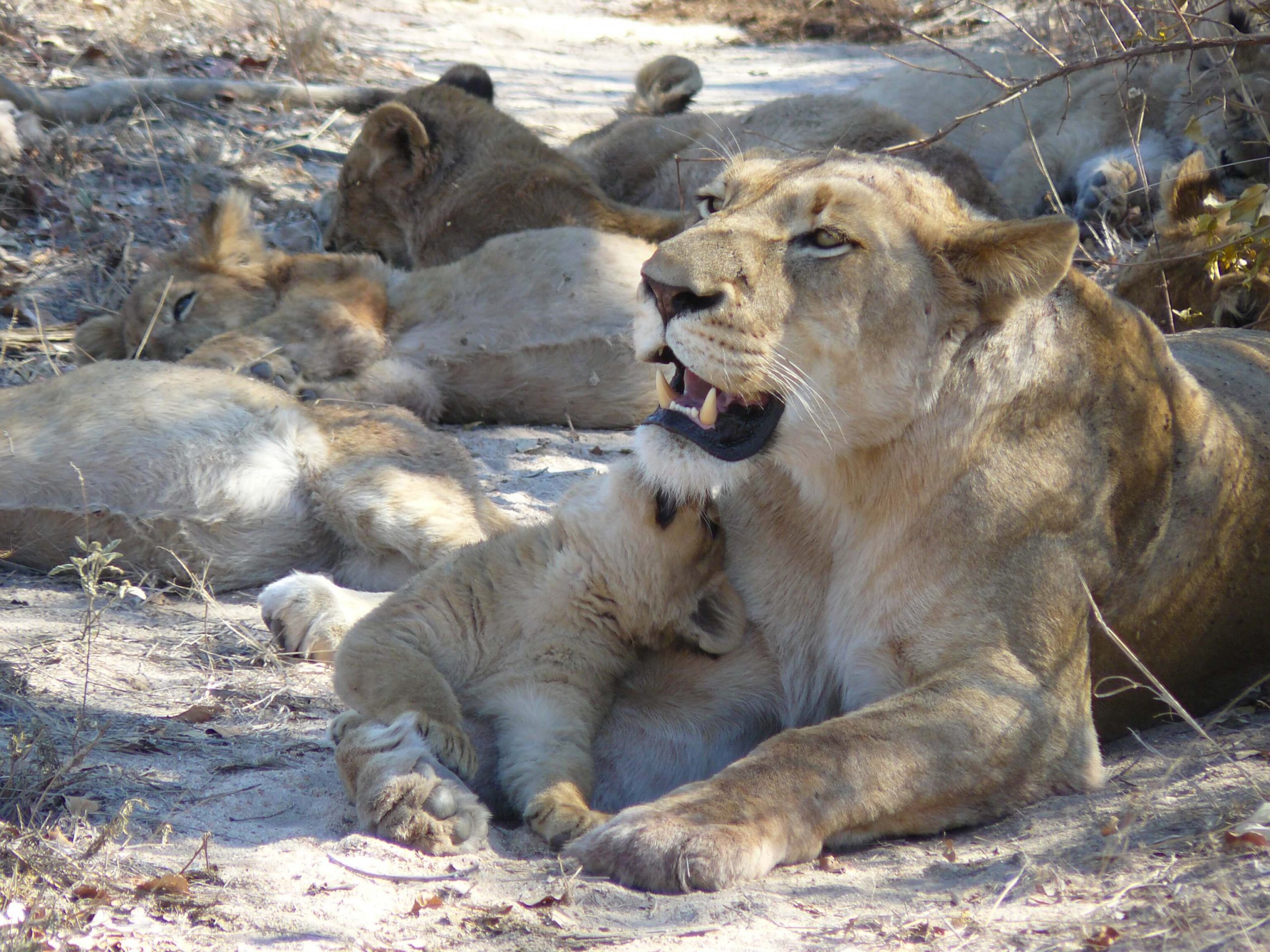 Lion cubs on our Durban Safari 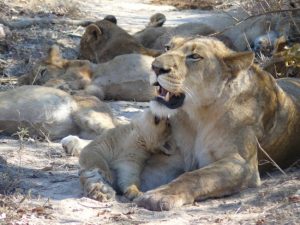 Lions are one of the most interesting of all wild animals found in Africa. We are lucky enough to be able to share our sightings of these amazing creatures!

Tim Brown Tours is based in Durban and we offer a popular Hluhluwe game reserve Safari tour. (Or more correctly known as the Hluhluwe Imfolozi Game Reserve)

During one of our Safaris we came across a pride of Lions, amongst them was a very young Lion cub.

This little guy was probably just under a couple months old. cubs are usually introduced to the pride around this time.

Lion Cub Carried by Mom and Just not listening! 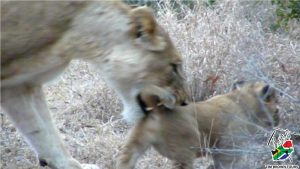 Being the smallest of the cubs, its mother wanted to ensure its safety from other predators or Scavengers who may want to kill him for fear of future competition for food.

Having spent more than a month on her own raising her cubs in the safety of a thicket she must have been very happy to be back with the pride.

Having this opportunity to share a sighting of this tiny Lion cub wondering around the rest of the pride is truly a privilege.

Tim Brown Tours is situated in Durban. We have access to Africa’s oldest proclaimed protected area which is only 3 hours away. This gives us the priveledge of having amazing opportunities to spend time watching Lions in their natural habitat.

Spending so much time with these Lions during our Durban Safari we got a chance to film some interesting activity between mother and cub.

Repeatedly this tiny male Lion would get up and wonder around before being guided by his mother back to the group. She eventually got fed up and carried him by the back of the neck into the thicket. That didn’t work either as he just came back out again…It was so funny!

Lions will carry their young in this manner causing the cub to curl into the foetal position making it easier for mom to move the still cub.

Lion cub gets picked up 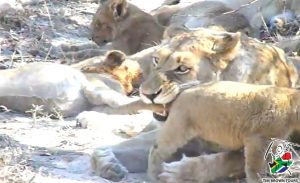 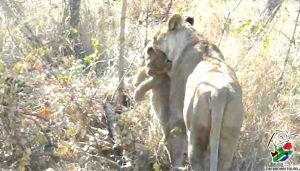 This is where a challenging male gains control over the pride and then kills all the cubs that he can. Sad, but a part of the natural order. By killing the cub this stimulates the females to come back into season within a week or so and the new leader can sire his own offspring.

If it is a scenario of two or three Lions that took over the pride, it will be the most dominant that will get to mate with the females (all of them). Of course there are times when one of the others tries his luck and potentially impregnates one of the Lionesses. This rarely stimulates ovulation; intercourse is rough and painful for the female as the male’s penis has barbs on it. When he retracts, this catches the inside of the female’s cervix and causes pain. This can be so painful that she in most cases, turns around and smacks the Lion in the face. The male will repeat this approximately every 15 minutes for 6 -10 days. By this time the female should have been impregnated.

Three months later the Lioness will give birth to up to 6 cubs, although 2-3 is the more common.

Interested in learning more about these amazing animals in a “real life” setting?