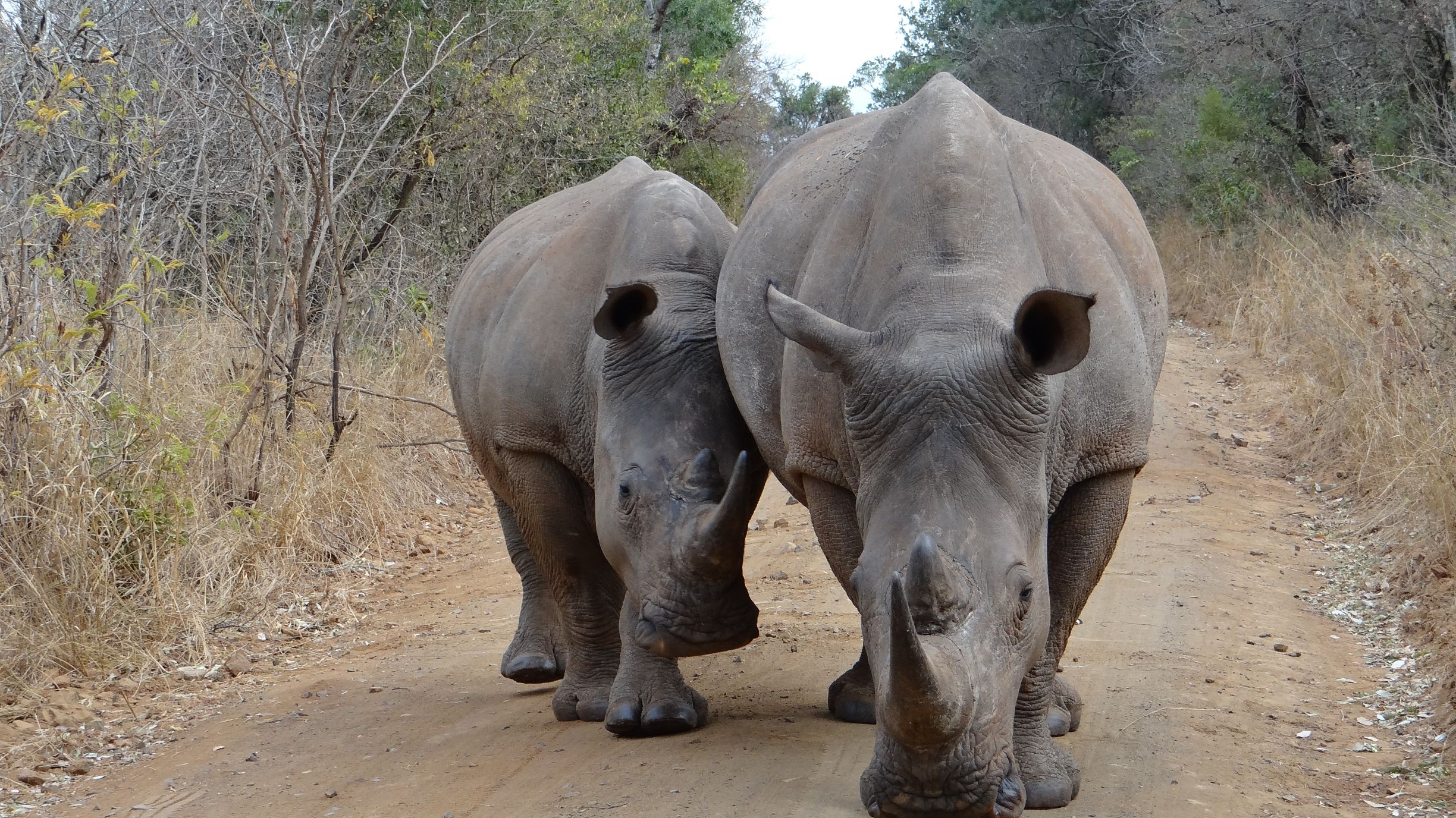 160 Days in …. Stay With Us Guys! Support Our Beautiful Planet

We are now about 160 days into the lockdown in South Africa and still international flights are not permitted, so we have had to continue with our Virtual safaris. Today we focus on the Rhino.
First, we will begin with a story which may seem to some as sad, but we must keep in mind that nature is nature and natural selection must take place in the wild.
As some of you may know, Rhino like many other species of animal hold a territory. These territories with Rhino usually extend about 25 square kilometres.

The male White Rhino which holds territory (not the female) will use his dung (poop) and urine to mark out a territorial boundary. Male Rhino will have areas on the boundary of their territory where they mark and they will stand still, defecate, kicking the back feet over the dung to break it up, while getting the scent into their feet and continue walking. They also may spray urine backwards over the area and on bushes to maintain their territorial marking.
Seeing a Rhino mark his territory is an incredible thing! The easiest way to share this with you is to show you one of many videos I have taken over the years!

Another hectic thing to imagine is the fact that holding a territory means you must encounter other large male Rhinos which also are wanting to expand territory or younger males wanting to establish a territory.
On one of our Safaris from Durban we came across two male Rhinos fighting extremely hard. It was not a sight for younger viewers as this one Rhino backed the other into a bush and began thrusting his horns into the stomach of the other… Its was unbelievable to witness and really an exceedingly rare sighting.

The White Rhino | Virtual Safaris: FUN Facts about the Rhino

1. Rhino have the thickest skin of any land mammal at 2.5 centimetres thick on average over the entire body.

2. Their horn is valued at 50-60 USD per gram on the black market, higher than most Narcotics.

3. Male Rhino hold territory and will fight other males to the death if the other does not show submission.

4. Rhino have been around for about 50 million years. Their body structure is a near perfect design much like the crocodile, meaning it has not needed to change much over the years.

5. South Africa hold nearly 80% of the world Rhino population. Numbers however are dwindling due to poaching for the horn which has put Rhino on the brink of extinction.

Comment and ask any questions you have about Rhino and I will answer them for you. Every few days I will post another African animal with facts and you can ask more questions.