You can feel the spirits on the Battlefields and you know that something major happened on the sacred ground you stand upon! On a 2-day tour of the Battlefields of KwaZulu-Natal we visit two major battle sites which are of huge interest namely Isandlwana and Rorkes Drift.

We also visit the King Shaka memorial site, Fort Eshowe and Fugitives Drift.
This makes the tour a comprehensive tour of the Anglo-Zulu battlefields wetting your taste buds for your next trip to Zululand!

✓   Walking among the graves of the men that sacrificed their lives for their country.

We collect clients from their accommodation at 8:30am depending on where the accommodation is. We head towards our first stop, the Shaka Memorial in KwaDukuza (Stanger). This is a 45min drive from Durban. Along the way your guide will chat to you about the history of Durban, South Africa, the Boers, the English and of course the Zulu people.

9:15 AM: Arrive at Shaka Memorial in KwaDukuza

On arrival at the Shaka Memorial we’ll learn a little about the Zulu king and how he has impacted both Zulu and European peoples in South Africa. We will spend about 45 min here.

After finishing up at KwaDukuza we’ll make our way to the Eshowe Fort in Eshowe, the oldest European town in Zululand. This was an important feature of the Anglo Zulu war where the British were besieged by the Zulu army for a period of 2 months. We’ll spend about 60 min at this site.

After visiting the Eshowe museum will have a packed lunch as we travel direct to Isandlwana battlefield where the British were to suffer their worst defeat at the hands of an indigenous people. We will also have an opportunity to enjoy the small museum nearby. Your guide will lead you through the events that happened here on the 22nd January 1879. Generally we spend about 90 min here.

From Isandlwana it’s 20 minutes to our accommodation at Rorkes Drift Hotel.

9:00 AM: Depart accommodation for Fugitives Drift

After a hearty breakfast at Rorkes Drift Hotel we’ll check out (at 9am) and travel to Fugitives Drift some 30 minutes away where your guide will relate the harrowing and heroic ride that two of the famed participants of the Isandlwana Battle had; Lieutenant’s Melville and Coghill. It’s here that the gallant dash to save the Queens Regimental Colors was lost and Melville and Coghill lost their lives.. Here’s we’ll spend about 30min at the site exploring the events that happened on the day.

After Fugitives Drift we’ll leave for Rorkes Drift where you’ll have a fantastic opportunity to visit the battlefield site that hasn’t changed much in the last 200 years. We’ll have an opportunity to explore the actual building where the fighting took place, as well as go through the events of the day aided by the visual clues at the site.

After this tour we’ll have a light lunch at the site and then return to Durban, arriving at approximately 3:30pm. 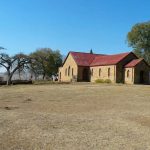 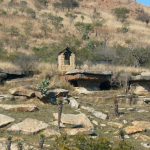 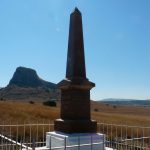 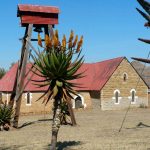 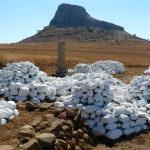 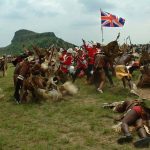 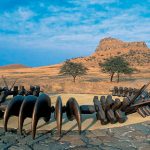 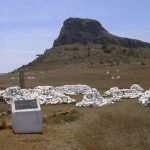 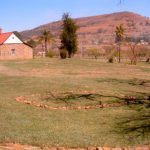 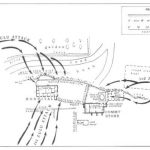