This is a beautiful day out in the Drakensberg mountains with a border pass into Lesotho (via Sani Pass), a land locked country within South Africa. It is on average the highest country in the world and is a Kingdom which got its independence in 1968 from South Africa.

In the Drakensberg mountains, the land is very rugged and the route up Sani pass into Lesotho is steep but more than worth the experience and only 4×4 vehicles are permitted to drive to the summit. This Drakensberg mountains day tour begins very early at 6am from your hotel in Durban as we need to be in the Southern Drakensberg which is 2.5 hours from Durban at 9am.

On route to the Drakensberg mountains your guide will educate you on the area you are driving though and cover the history of the people both in South Africa and in Lesotho before you arrive in the Southern Drakensberg.

The Drakensberg mountain tour begins here where we ascend the mountain in a 4×4 discovering beautiful cliffs, mountains, waterfalls, flowers, trees and the Basotho people who live in Lesotho.

The Drakensberg mountain tour is a must as it mixes a bit of Sotho culture as we enter a very poor Sotho village on the eastern side of the Drakensberg mountain and visit one of the ladies huts (home) to see how these people live so far from the real world. We will hopefully get a chance to sample some home made fresh Basotho bread and Beer before having lunch at the highest pub in Africa. (2874 meters above sea level)

If you are in Durban and wondering what to do for a day then this tour is one of the best things to do in Durban.

✓ Visiting the highest Pub in Africa while entering a new country (Lesotho) on Average the highest country in the World!.

✓ Enjoying the majestic Drakensberg Mountains which are over 3500 meters / 11500 feet high.

✓ Heading up Sani Pass with its hairpin bends in a 4×4 accompanied by a experienced guide.

It’s an early start for the Sani Pass, Drakensberg and Lesotho Day Tour! You will be collected from your accommodation venue (This only applies to pick-up’s and drop-off’s in Durban City, feel free to contact us if you are unsure as to whether your pick-up location is covered. Should your pick-up location not be covered, we will still collect you, however, there may be an additional charge dependent on where you are based.

The drive to Underberg is about 2.5 hours through some of the most picturesque countryside in South Africa! To speed things along, your knowledgeable guide will share on the history of area and you are encouraged to ask questions to reap the full benefit of the tour. Rest assured that you will travel in absolute comfort as Tim Brown Tours use a Ford Tourneo or a Ford Everest to conduct all tours. This is subject to availability and Tim Brown Tours reserves the right to make alternative vehicle arrangements.We arrive at our destination where we will swop vehicles, a 4×4, and make our way up Sani Pass.We will make our way up Sani Pass which starts at 1544m and climbs 1332 Approx. to vertical meters to an altitude of 2874m above sea level, to the highest pub in 12:30pm. Your guide will educate you on the history of the pass and the views will leave you breathless as you wind your way in this rugged terrain through the Drakensberg Mountains.

We arrive at our destination where we will swop vehicles, a 4×4, and make our Approximately way up Sani Pass. We will make our way up Sani Pass which starts at 1544m and climbs 1332 vertical meters to an altitude of 2874m above sea level, to the highest pub in Africa. Your guide will educate you on the history of the pass and the views will leave you breathless as you wind your way in this rugged terrain through the Drakensberg Mountains.We shall stop over for lunch at the highest pub in Africa which offers break taking views of the Drakensberg. Please note that lunch is not included in the tour package and will be for your own account.

We shall depart for Durban after visiting a Sotho Village (a small handful of huts Approx. to in this very arid part of the country, Lesotho) and make our way down Sani Pass.
6.30 PM: Arrive Home
Approximate time of arrival in Durban

Sani Pass instils a sense of awe for those who are fortunate enough to make the climb by 4×4 due to its beautiful scenery, the peaceful surrounds and as you wind your way up the sometimes adrenaline inducing hairpin bends you can understand why it has become such an iconic pass in South Africa.

Although there has been much talk of tarring the pass, it is still a gravel pass and in a sense here in lies much of its appeal as it is only accessible by 4×4, creating a sense of privilege for those permitted to venture up. Built in the 1950’s being used as a thoroughfare for those trading between the borders, you can only imagine the difficulty of making one’s way through the pass in those times.

Sani Pass often experiences snowfall in the winter months and the sight is out of this world, seeing the snow topped mountains, the natural streams, truly makes for an unforgettable, memorable experience.

You will be travelling through the Lesotho border and there may be VISA entry requirements dependent on your residency. Should you not be sure on whether you are required a VISA for entry, please do not hesitate in contacting us as we will gladly assist wherever possible. Should you be prohibited from entering through the border, we will not accept any liability due to lack of the correct VISA documentation. 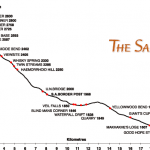 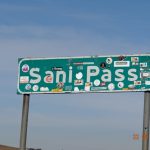 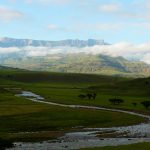 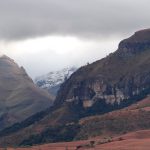 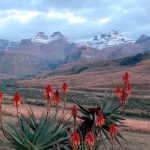 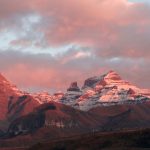 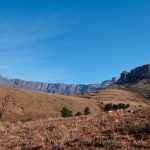