Shakaland is in the heart of Zululand where the film “Shaka Zulu” was filmed. Now run by a Zulu family working with the Protea Hotel group to bring income into the community Shakaland is an Authentic Zulu Cultural Village where you will learn how to live like a Zulu and even dance like a Zulu.

You Guide will cover all the major History of Durban, KwaZulu-Natal and South Africa after collecting you from you Durban Hotel, B&B or Guest House. The 1,5 hours drive to Shakaland will be filled with interesting sights and facts from your guide.

Arriving at Shakaland outside of Eshowe you will be educated about a traditional Zulu “Umuzi” or homestead. You will also get to watch as 10 minute video clip from the movie “Shaka Zulu” before entering the vibrant Tradition and functional Zulu Village.

Feel the pulsating rhythm of mysterious and magical Africa as you re-live the excitement and romance of the days of Shaka, King of the Zulus, in this authentic re-creation of the Great Kraal (home of Shaka)overlooking the Phobane Lake.

Experience the sight of Assagai-wielding warriors, share the fascinating secrets of the Sangomas and witness traditional customs such as tribal dancing, spear making and the beer-drinking ceremonies.

After this amazing experience you will be invited to a traditional Zulu meal buffet with some western food just in case “Pap, Chakalaka and Nyama(meat) are not your thing!

The whole time your guide will be at your side to answer your questions and translate the activities you will witness.

✓   Learning about one of the most interesting African Kingdoms and its people.

✓   Learning about King Shaka the great who shaped the Zulu nation into a nation of great warriors whom defeated the British and Dutch in later years.

✓   Visiting the site and village where the Film; Shaka Zulu was filmed in the 80’s.

You will be collected from your accommodation venue (This only applies to pick-up’s and drop-off’s in Durban City, feel free to contact us if you are unsure as to whether your pick-up location is covered. Should your pick-up location not be covered, we will still collect you, however, there may be an additional charge dependent on where you are based.

The drive to Shakaland is about 1.5 hours through some of the most picturesque countryside in South Africa! To speed things along, your knowledgeable guide will share on the history of South Africa and KwaZulu-Natal, and you are encouraged to ask questions to reap the full benefit of the tour. Rest assured that you will travel in absolute comfort as Tim Brown Tours use a Toyota Fortuner or a Ford Everest to conduct all tours. This is subject to availability and Tim Brown Tours reserves the right to make alternative vehicle arrangements.

We arrive at our destination Shakaland, where the film Shaka Zulu was filmed. Approx. to You will be educated on the traditional Zulu homestead (Umuzi) and have a chance to peruse the craft shops after which we will watch a short 10-minute clip from the film Shaka Zulu. We shall then enter the vibrant, traditional and functional Zulu Village where you will be able to see first-hand the weaving of grass mats, iron works and customs as well as the making of the traditional beer with the added pleasure of a sampling/tasting. Before lunch, you will visit the Sangoma (witchdoctor) and Traditional Healers hut. Feel the pulsating rhythm of mysterious and magical Africa as you relive the excitement and romance of the days of Shaka, King of the Zulus in the main dancing hut where you will be captivated by Zulu Custom Dance.

After this amazing experience, you will be invited to a traditional Zulu meal buffet with western meal options should “Pap, Chakalaka and Nyama (meat)” should not be your thing. Your guide will be at your side to answer questions and translate the activities you have and will witness.

Approximate time of arrival in Durban

In between the picturesque Etembeni Hills, overlooking Lake Phobane lies “Shakaland” where visitors can experience a true Zulu cultural experience in the reconstructed homestead of Senzangakhona (King Shaka’s father). With Tim Brown Tours, you will be able to visit the oldest Zulu Cultural Village in Zululand which was initially built as a set for the movie Shaka Zulu (Shaka Zulu follows the rise of Shaka to the king of the Zulus during the early 19th century when the British were beginning to gain control of Africa).

King Shaka, whose name is derived from a beetle which causes swelling in the stomach, was considered to be the greatest and most ruthless leader of the Zulu Nation, who developed a fighting nation. King Shaka was the inventor of the Assagai and the Bulls Horns structure of fighting but was later on murdered by his half-brother Dingaane KaZenzangakhona. 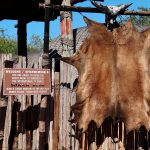 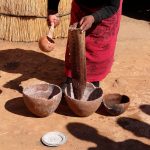 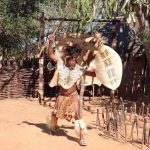 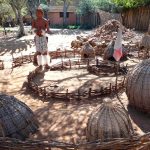 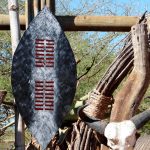 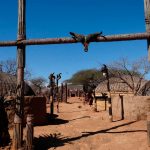 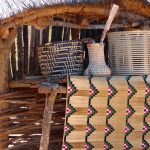 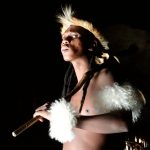 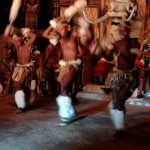 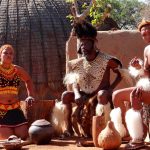 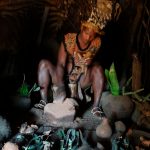 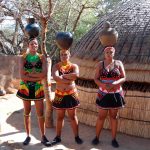