I met my clients at their hotel in Durban to begin their Durban day safari to Hluhluwe Imfolozi game reserve.

Hluhluwe Imfolozi game reserve is the oldest proclaimed national park in Africa and home to the Big 5. We were hoping we would see as many of the Big 5 as possible and anything else that would show up.

Hluhluwe Imfolozi being proclaimed a national park in 1895 is only 2.5 hours from Durban and is an ideal place to visit if you have a day off from conferences or work in the city.

On route I chatted to my client about some of the history of Durban, KwaZulu Natal and South Africa.

It was great that my clients were interested and had some questions of there own, this always makes my job easier.

We eventually got to Hluhluwe Imfolozi game reserve to begin our Durban day safari and it began rather slowly with distant sighting of Zebra, Buffalo and Elephant. 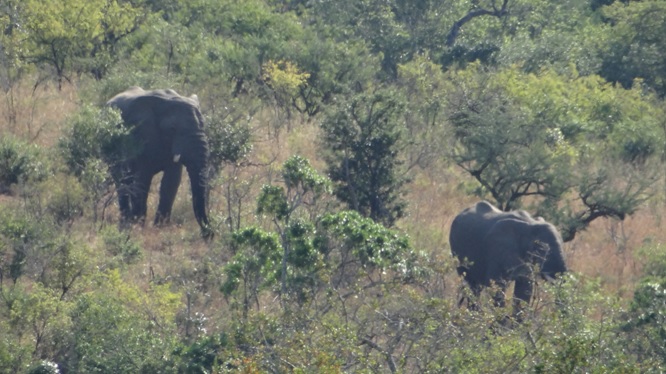 After these long distance sighting I was really hoping we would see some animals closer and we did! It began with the Impala and Zebra and then we saw some Giraffe a bit closer up.

We continued over the Umfolozi river and managed to find a few Rhino and later a big bull Rhino sleeping under a small tree. We were pretty happy about this chap as he was is such a lovely position for a photo. 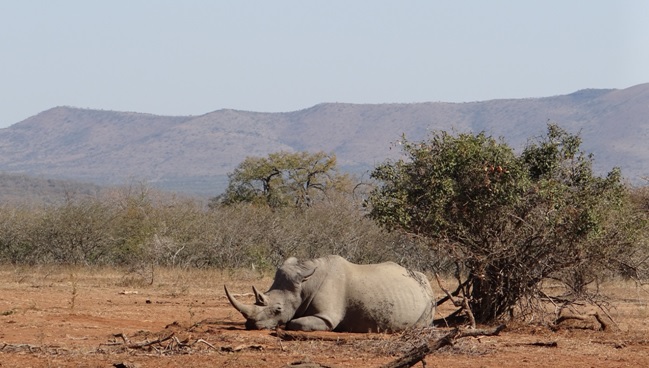 I was beginning to feel a little pressure as we had been a couple minuted late to see a cheetah and had missed her totally so it was a little frustrating but I knew this was nature and that is how life goes. We did manage to spot a lovely bird the Lilac breasted Roller. 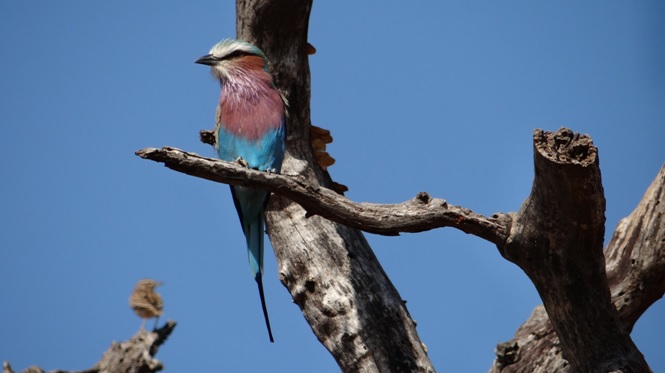 I made a big call and headed straight for the Bhejane hide where I knew there was water and we would see something down here. Fortunately the gamble paid off and we spotted lots of Animals at the watering hole. 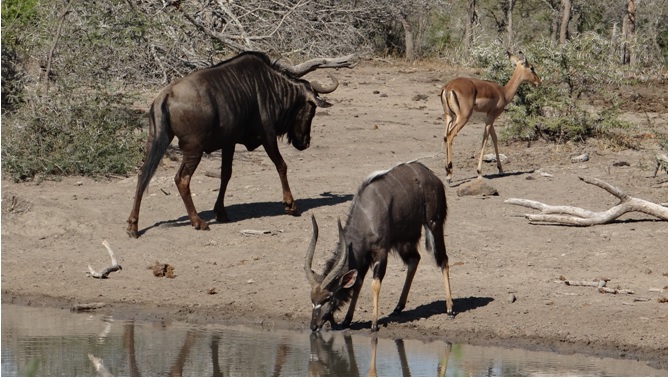 Our Durban day safari was coming together now with 3 antelope species together in one photo and we even got a great set of Photos with Zebra drinking. They were a bit skittish but that is normal for Zerba. 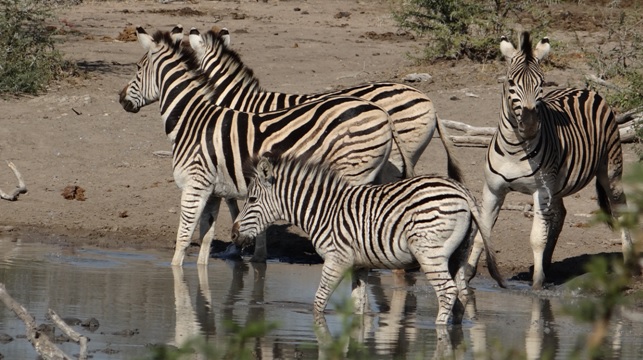 It was now time to try and see if we could some how locate this Cheetah again but it would not be easy. On route however we managed to find some beautiful Giraffe on 2 occasions near to the road. 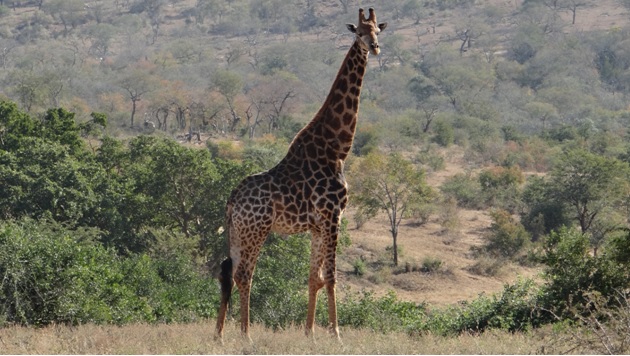 We then hit the jackpot and finally had some really good luck and found this female Cheetah on a kill with here youg cub! Our Durban day safari was not kind of complete! 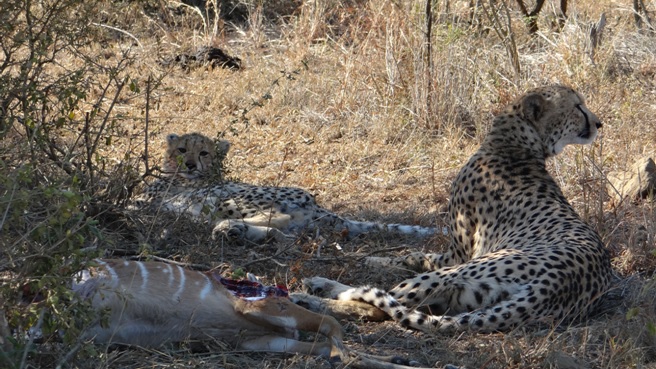 The mother Cheetah had killed a young female Nyala and stashed it near to a tree only 5 meters off the road in clear view of us. She was super relaxed with us but very concerned about the chance of predators stealing her kill and was looking around as well as getting up to make sure she and her cub were safe!

Lions will kill Cheetah as they are competition for food!

After what was a splendid sighting we let others have a look and moved on for what would be a very late lunch at 3pm! Wow, but we had had and amazing day and the Cheetah on a kill capped the day off.

Lunch was lovely and we had very little time after lunch to find any more animals but before we could exit the Hluhluwe Imfolozi game reserve we did find more Elephants and Giraffe!

Wow what an amazing Durban day safari we had!

We made our way back to Durban very happy with how our Safari from Durban had gone!