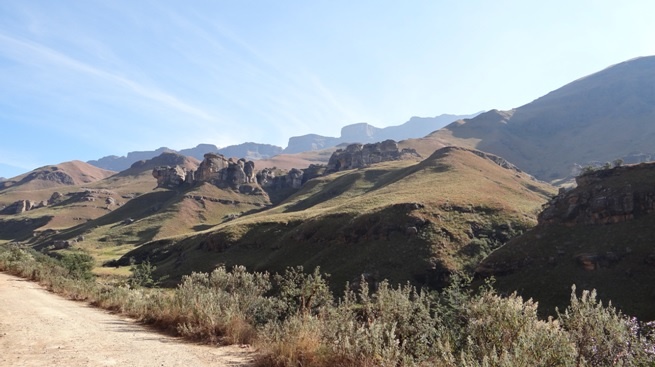 I met my client in Umhlanga north of Durban for his Drakensberg private day tour and it was an early start. I was there at 05:30 for 6am and we then drove to Underberg in the Southern Drakensberg and where the temperatures dropped to 0 Degrees Celsius. It was going to be a cold day!

When we arrived in Underberg to swap over into a 4×4 vehicle to go up the Sani pass (the only way you can get up) we had some coffee and noted that the top of the mountain had snow on it which was great!

As we began up Sani pass we stopped along the way to enjoy the views and this beautiful Durban day tour in the Drakensberg mountains. 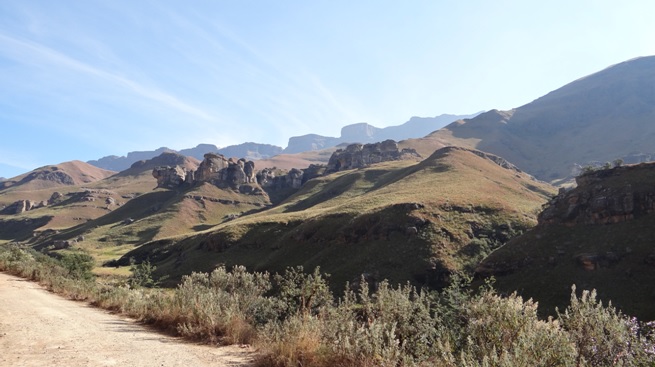 Sani pass is an old trading route between Lesotho and South Africa on the eastern side of Lesotho which is a land locked country and on average the highest country in the world. The lowest point is about 1300 meters and the highest is 3500 meters.

The views as you can imagine are amazing and well worth a visit. 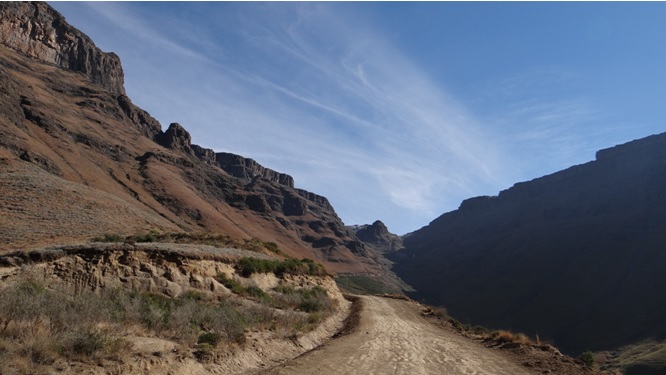 Aside of stopping for the great views we stopped at the South African border post to get our passports stamped as we entered into 8 kilometers of No mans land which actually belongs to South Africa before the hair-bends which rise us up into Lesotho the mountain kingdom.

Yes Lesotho is a Kingdom and has a King who thankfully only has one wife and a few kids but is slightly involved with the running of the Country although there is a prime minister. 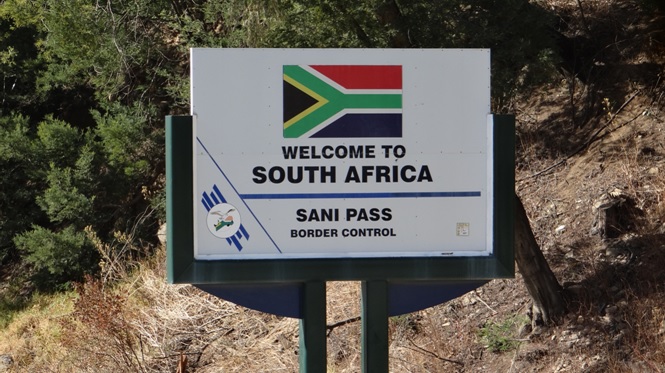 After getting up into Lesotho and passing the boarder post we stopped to look the the amazingly baron land that this small village on the Eastern side of Lesotho has and must still survive.

A Drakensberg tour of this nature is always interesting and makes you realize what you have back home as these people really battle and with the little tourism that they now have they are starting to get some help. 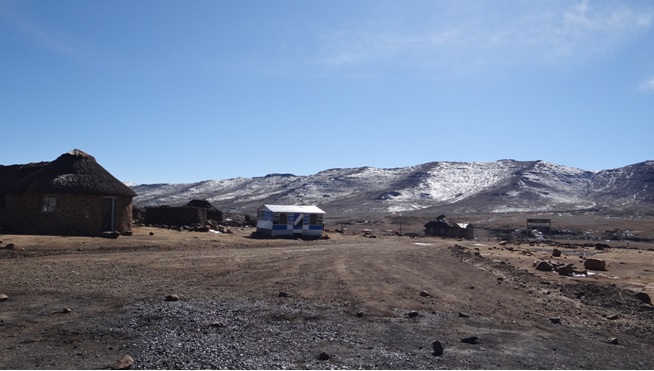 It was not time to visit one of the ladies in the village and enter her hut to learn more about the amazing culture of the Basotho people as well as taste the lovely Basotho pot bread!

The bread could be my favourite part of the tour! 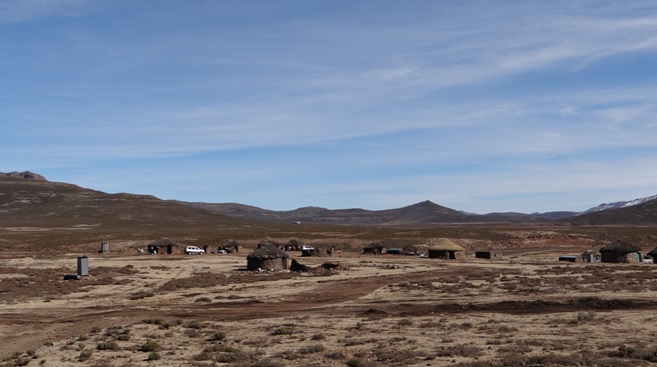 This baron land is no good for growing of crops as it is the highlands of Lesotho and very rocky. This means the people in this area have to travel either into South Africa to get food or 56 kilometers to the nearest town.

They do have a Pig with piglets and of course the Basotho Shepherds have meat from the Angora goat or the Marino Sheep that they also sell to South Africa.

Our next stop was Africa’s Highest Pub at 2874 meters above sea level which is high. I always get a headache up here but it is worth it. The food is good and the views amazing.

Drakensberg tour; Sign at the Highest Pub in Africa

I snapped away and also got a picture of James in the bar on this Drakensberg day tour.

Drakensberg tour; James at the bar of the Highest Pub in Africa 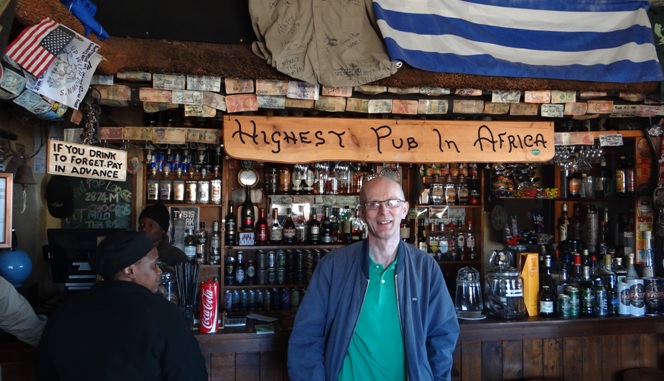 After this amazing experience we made our way down the Sani pass still looking for the Eland antelope which we did not see but non of us really worried about it as we had seem so much.

On the animal front which was a bonus we spotted Baboons, Rock Hyrax as well as a Spotted Eagle own on the the way down which was really odd as it was just after 3pm! They are supposed to be sleeping! I always love seeing animals out of normal routine as it just shows even if you read all the books on them they will surprise you! 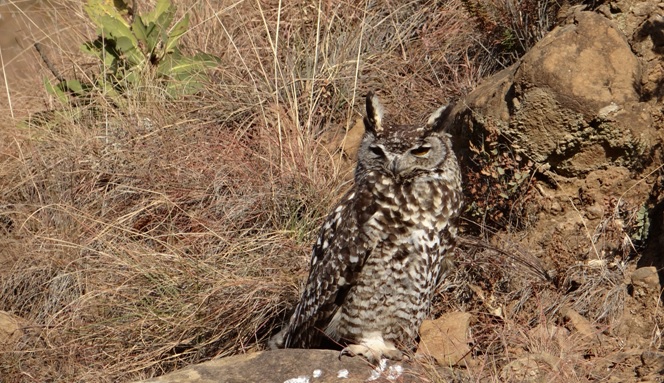 We had an amazing time on our Drakensberg day tour and had so many memories to take home with us. We just had the drive back to Umhlanga left and it wasn’t to bad even though we were pretty tired our Durban day tour had really been worth it.

If you would like to join the Sani Pass Drakensberg day tour you can check out the itinerary and the pricing on the below link: