We began our Drakensberg day tour South Afrca just outside Durban. I was taking my cousins and wife up the Sani pass into Lesotho.

It had been 13 years since I had seen my cousin. So I was pretty happy about showing off my beautiful country to them and having my wife come with us as well.

I did covered some history of the area of Durban, KwaZulu Natal and South Africa before we arrived in Underberg. Here we changed over vehicles into a 4×4 to go up the Sani pass.

Lesotho is an amazing country with the Drakensberg mountain as its border. In Zulu we call it Ukhahlamba which means the barrier of spears.  The word “Drakensberg” means dragons peak!

The view up the Sani pass in the Drakensberg was lovely today as it was a clear day. We had a very lucky day on our way up to Lesotho and in Lesotho itself!  Fantastic sighting of a host of Jackal Buzzards and Pied crows… As well as Dassies(Rock Hyrax), Eland antelope and Reebuck. We even spotted some Ground Woodpeckers. 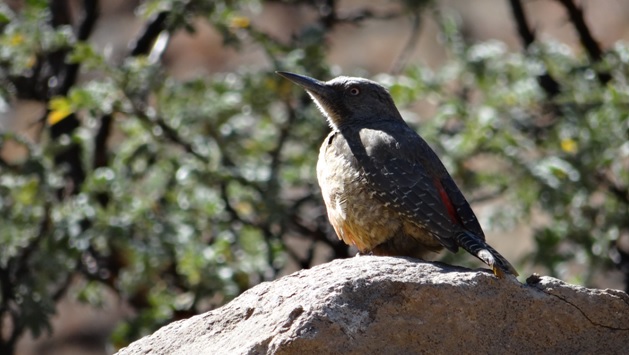 The Eland are the Bushmen or San peoples totem animal. These people were the original South Africans. They were sadly killed out by every other group of people that are in South Africa today.

The Eland had special powers for the San people and they would use it to communicate with their ancestors. 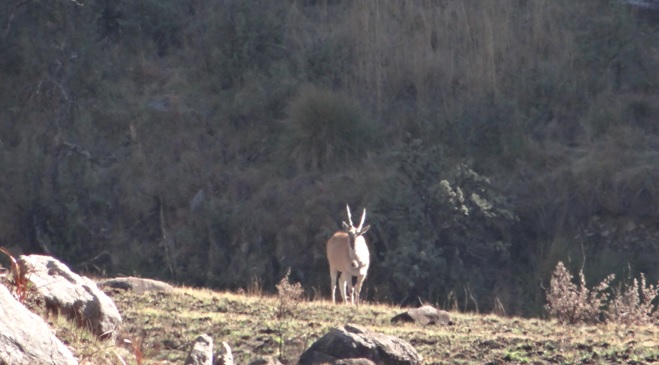 On route we came across a small waterfall up Sani Pass called Lovers Cascade. It is believed that here the San people would come to drink the fresh water and which would give them eternal life… 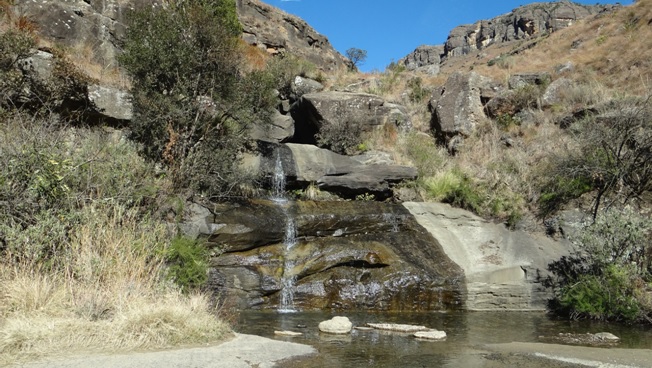 We stopped at the South African border post before we continued the 8 kilometers to Sani top the highest pub in Africa and of course the Lesotho border post.

Passports were stamped and I got a picture of my cousins. 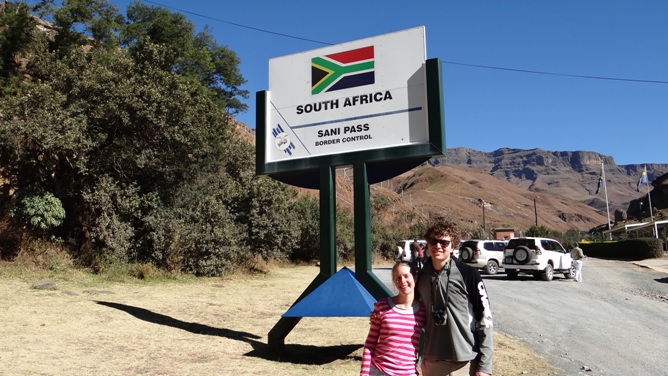 As we made our way into Lesotho we noticed that there was snow in the mountains. Some of the hairpin bends had waterfalls that were frozen over. It was about 9 degrees up the sani pass but mostly due to a cold breeze.

It was now time for us to visit the Basotho village and enter one of the huts to learn more about the Basotho people and taste some lovely homemade bread.

Snow in the Drakensberg 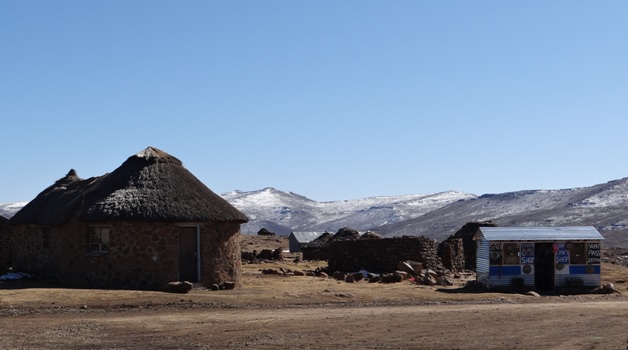 After the great hospitality we continued our Drakensberg tour and made our way to the Highest pub in Africa, Sani Top. It was here we had some lunch and enjoyed the great views as well as the warmth of the Pub as it was so cold. 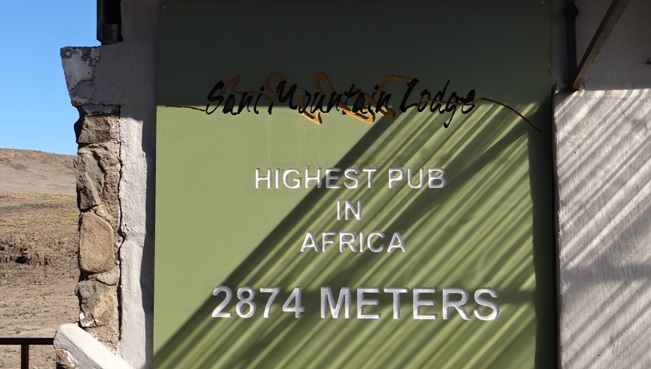 After lunch it was time to begin the journey down the Sani pass and enjoy the spectacular views of the Drakensberg mountain leaving Lesotho behind us.

It was a beautiful descent down the Drakensberg mountain and we arrived back at the bottom at about 15:30.

View down Sani pass in the Drakensberg 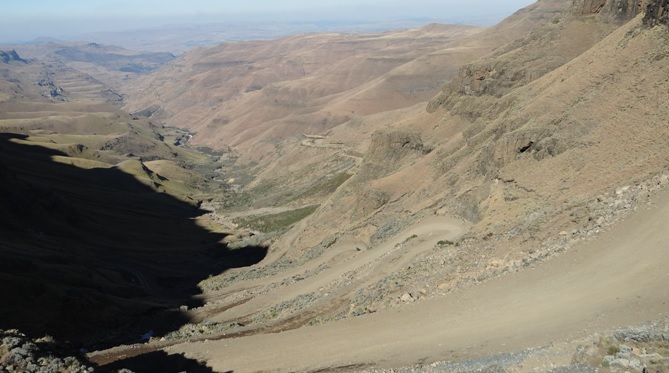 Once we got to the bottom we stretched our legs after the “African Massage” on the bumpy dirt roads and made our way back home after what turned out to be a very long but enjoyable day.

Our Drakensberg day tour ended back at our home where we enjoyed some food and a special drink my cousins brought for us. It was a special day!