I met my clients down in Durban near the harbour and it was here where we began our Durban 2 day safari to Hluhluwe Imfolozi game reserve.

Hluhluwe Imfolozi game reserve is the oldest national park in Africa and home to the Big 5,  Lion, Leopard, Rhino, Buffalo and Elephant!

Seeing the Big 5 is not the only attraction in on a Hluhluwe safari as we also have beautiful scenery and other animals like Giraffe and Zebra to mention a few.

We started at the Cat Rehabilitation center to interact with 4 endangered species of Cat namely the Cheetah, Serval, Caracal and African Wild Cat.

Here my client really had a blast as they loved cats. 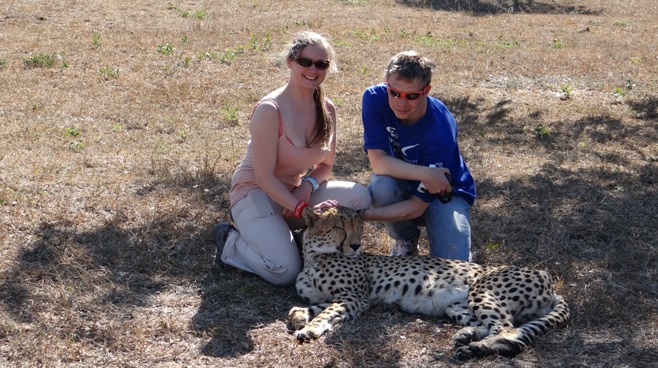 We also got to interact with the Cheetah cubs on our Durban safari tour before we made our way into Hluhluwe Imfolozi game reserve to see how many of the Big 5 we could spot in the 2 days.

Our game drive began very well and we spotted some Impala, Buffalo and Zebra before reaching Hilltop camp in Hluhluwe. 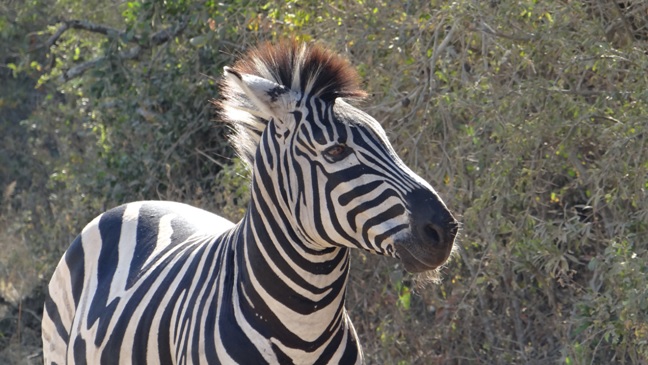 The Buffalo were a little further away but we managed one or two decent pictures of them before making our way to Hilltop camp for some lunch. 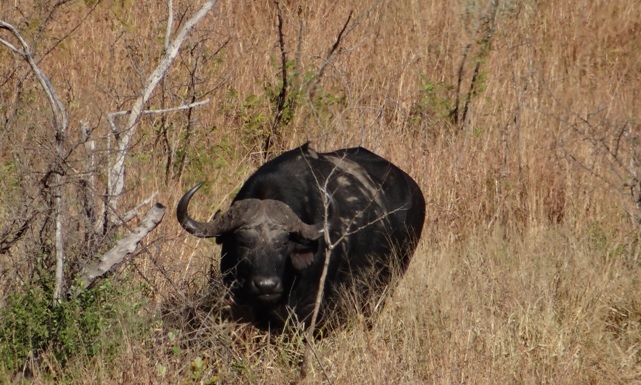 After lunch I check us in and got my clients to their room for 20 minuted before we headed back out onto Hluhluwe Imfolozi game reserve to see if we could find more of the Big 5.

It was not long before we spotted a crash of three Rhino next to the road! This was awesome as we waiting and watched and we actually had them get quite close to us before they moved around us and we decided to let them enjoy their dry grass. 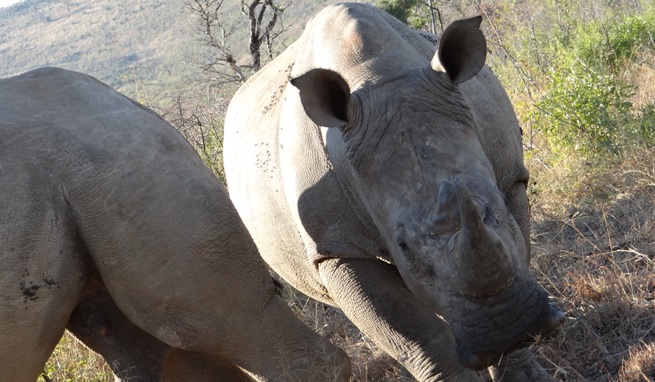 Our Big 5 safari from Durban was hotting up and we headed to the Hluhluwe river to see if we could find more animals down there. We did, We actually got out at a view sight and watched Rhino, Buffalo and Baboons in the river bed feeding, drinking and grooming! It was a great sight and it had a lovely view of the area! We continued on and found more Buffalo, Nyala and Rhino before we had to start to make our way back so that my clients could catch the evening open vehicle safari from Hilltop camp.

As usual this would mean we would begin to see more animals to halt our progress, which I was not complaining about!

We had an awesome sighting of Elephant near to the road feeding and moving quickly over the area we were in. This was not the 3rd of the Big 5 that we had seen today! 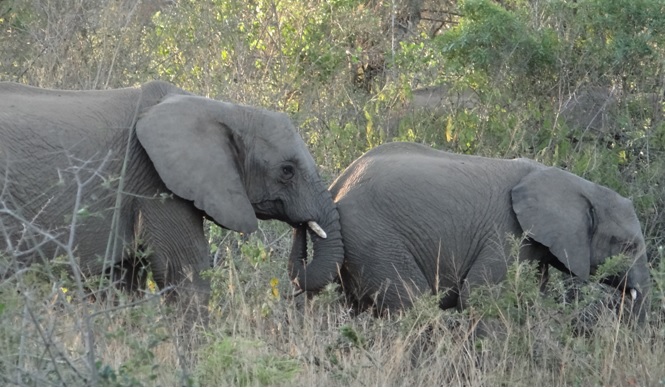 After this amazing Elephant sighting we had to rush off to Hilltop camp but before we could get there my clients threw down a challenge and I accepted their challenge! It was to try find Giraffe and would you believe it we did! It was amazing, we spent another 2 minutes watching them before we could eventually get going to Hilltop camp for the evening safari tour. Finally we arrived and we still had time to have a washroom break before the night safari! I would arrange dinner and my clients would be back at 8am for it. In the mean time I could get this work done on the Blog post and some emails that needed attending too.

Day two would hopefully be as good as the first and we were hoping to find a cat or two.

We met for a quick breakfast before a final 3 hour safari drive. It was one of those days when you just cannot believe your luck and when you seem to get almost everything you wanted.

I actually wanted to find the African Wild Dogs and Lions and within 30 minute I had located the Wild Dogs walking back to their den sight. The best part of this was we were the only vehicle the whole time to see them.

They had fat little bellies which meant they had fed and were going to give meet to the expectant mother. 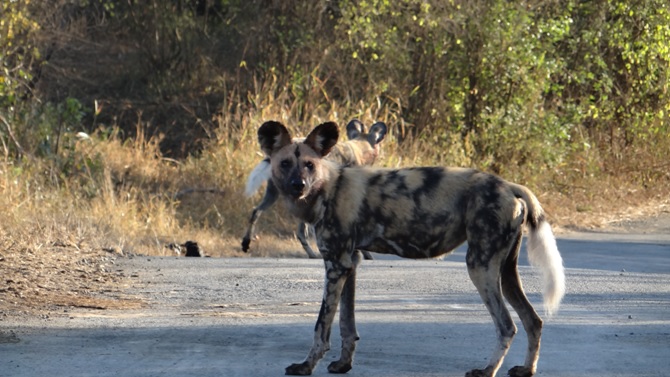 We also came across all the usual suspects like the Rhino, Buffalo, Warthog, Impala, Nyala and Zebra before in the quest to find lions we hit the jackpot. We came round a bend in the road and in the long grass I spotted 3 heads poking up it was Lions! After a few seconds we spotted another 3 Lions resting on full view on the bank near by. 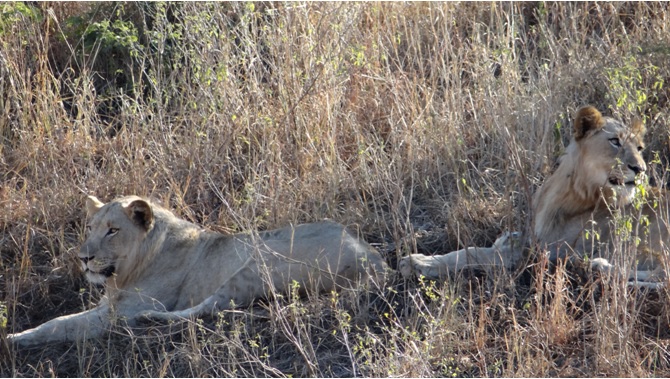 This was not the end of the action as a Big Buffalo bull walked straight into the resting Lions and I had the camera ready for the action! It was great as it was the day time the Lions knew it would be stupid to try take the Buffalo down when he can see them in case they get injured. An injury in the African bush can mean death!

The Buffalo made the Lions move and even in the second video gave them a grunt and stomp!

Just when you think things could not get any better we found on our trip out of Hluhluwe a mother and bay Rhino. The baby was running around as is he/she had drank some energy drink or something as eventually mom had to tell the baby off from playing hide and seen with here. It was and awesome sighting! 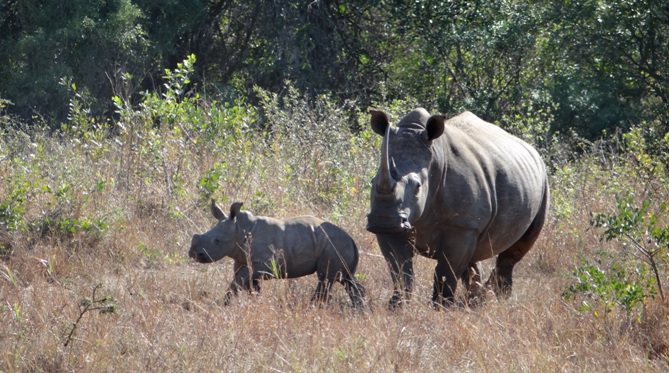 This was a super safari experience in Hluhluwe Imfolozi game reserve and we were so happy with the day to this point! We spent some time then with some Giraffe before make our way to St Lucia – Isimangaliso Wetland park for lunch and our 2 hour boat cruise to view Hippos and Crocodiles.

We had some lunch in St Lucia a restful town and the hopped on the boat. Again you never know what you will get on these cruises and we had seen 4 of the Big 5 in Hluhluwe Imfolozi in 24 hours and now wanted see how our luck would be here.

We began with Crocodile. 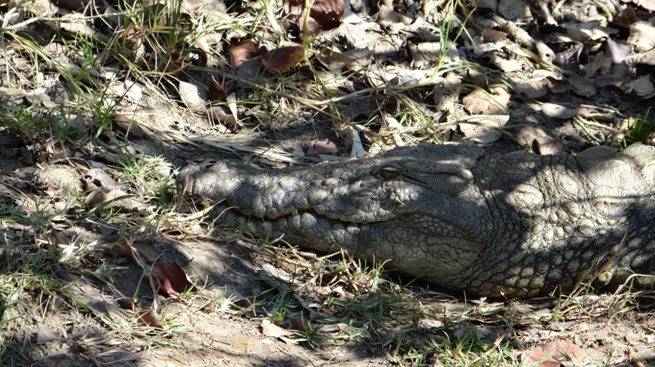 I them decided to save my pictures for the one moment I knew would come and even though we saw lots of Hippos the light and reflection was not the best. We spotted a African Fish Eagle with a fish it had caught so I snapped that picture. 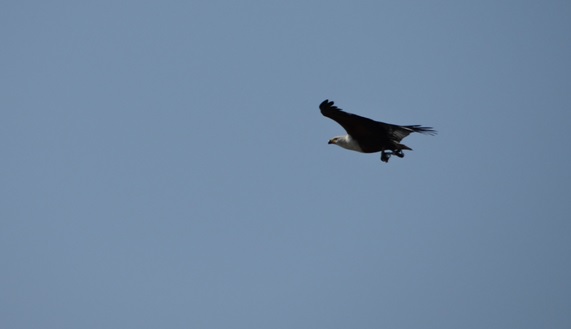 It was now time for me to capture the moment we all had been waiting for! A Hippos raised itself out of the water and marked his territory before giving us the best pose you could get the mouth wide open! Wow this was a great Durban overnight safari! 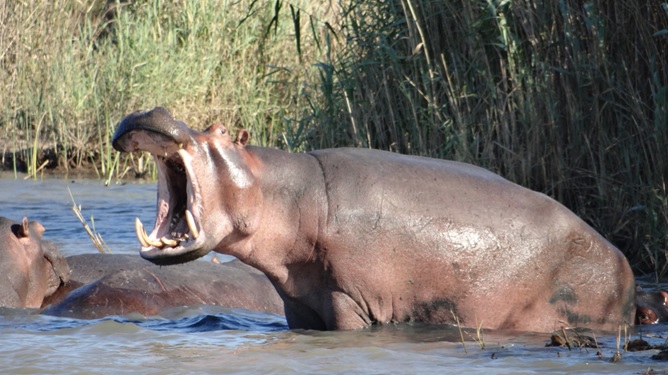 Between the African Wild dogs the most endangered carnivore in Africa, the Lions who should have been sleeping and now this Hippo raising himself out of the water to display to us, I felt like we were in the Jungle Book!

It had been an amazing two days on Safari from Durban and we all returned to Durban with big smiles on our faces! Mr Luck as we called Cahel one of my clients had maybe brought some extra luck to my usual luck… Thanks mate!